This week was the last week of school for Finnish high school seniors, so it involved some partying which did cut down my development time a little. Anyways, I did manage to do some work on the intro cutscene of the game.

The old cutscene wasn’t very good at all. While it did set the baseline for the story, it didn’t do it very well and the evil Count Blackcape was not nearly evil enough. So, he now does something very violent that makes it apparent that he is not a good guy.

It was also not very clear that the player was put into a prison in the cutscene. That should be pretty apparent now too. 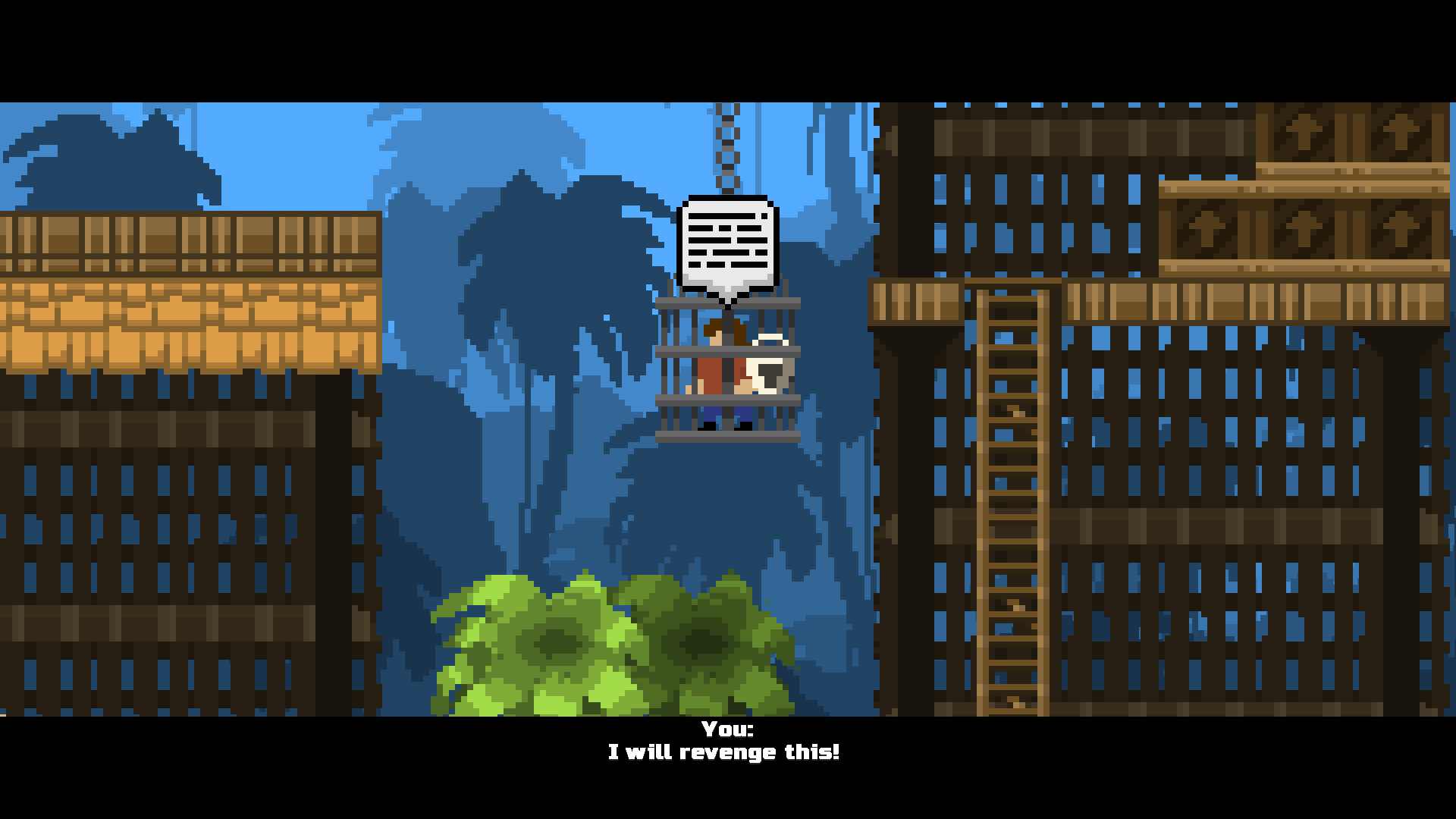 There’s still some work to do, as I for an example also want to show the capturing of the hostages and maybe a few generic prisoners in the cutscene.

Anyways, thanks a lot for dropping by!