I didn’t add any new features to the game this week, but I do have a few other things to show. Let’s go! I spent the beginning of the week working on a proper front page for this website. I think it turned out quite nicely, and I feel like I also improved in HTML and CSS while developing the page. You can see the page here . I made some new levels for the winter environment this week, and I feel like the environment is only missing a boss fight currently. Here is a screenshot of a new level. 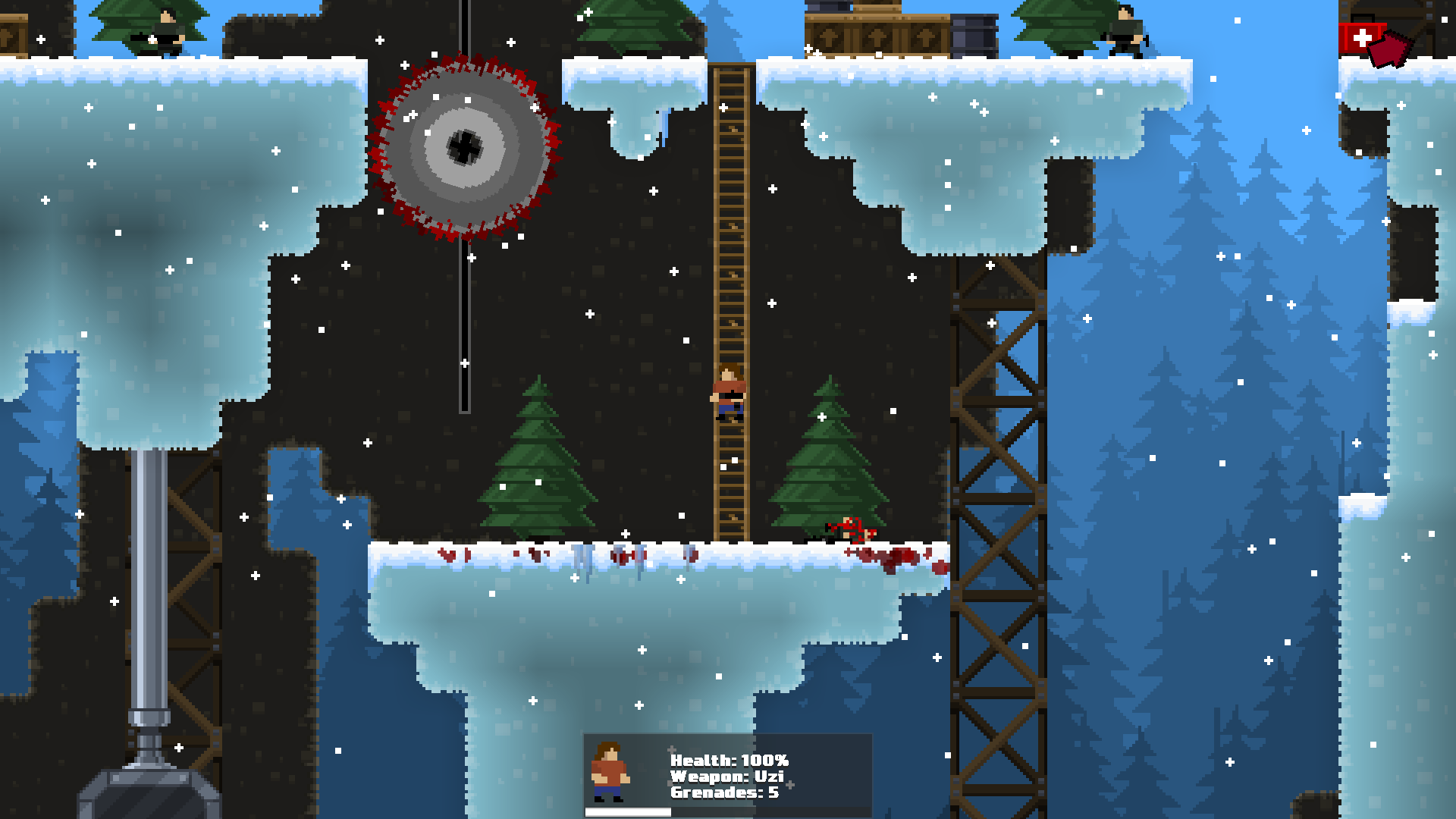 On Saturday I played trough the whole game as it currently was, and the play session ended up taking around one hour and ten minutes. I want the game to be about twice as long, which means there’s still a lot to do. It was nice to get an idea of how much content I have, all though it will probably take longer for someone who isn’t the developer of the game. I also fixed some bugs this week, and improved the game’s splash screen. That’s the quick and short weekly update this week. Thanks for dropping by!