I’ve had a quite productive week, both in terms of game content and bug fixes. Let’s got to all of it! The winter environment uses blades a lot as environment hazards, and I spent some time tweaking the blades. Mainly, now the blades turn red if the player hits them. The effect isn’t perfect, but I think it looks quite nice, and makes the blades look cooler and more dangerous.

While working on the big blades, I got an idea to add smaller blades that are shot by cannons introduced to the game a while ago. So, a few sprites and few lines of code later I had cannons launching spinning blades to the levels!

I also added an arrow that points to hostages in levels. I realized that it’s frustrating if the player hops on to the truck at the end of a level, and then noticed that the level was failed, because he failed to pick up the hostage. Now it should be more obvious when there is a hostage in a level. 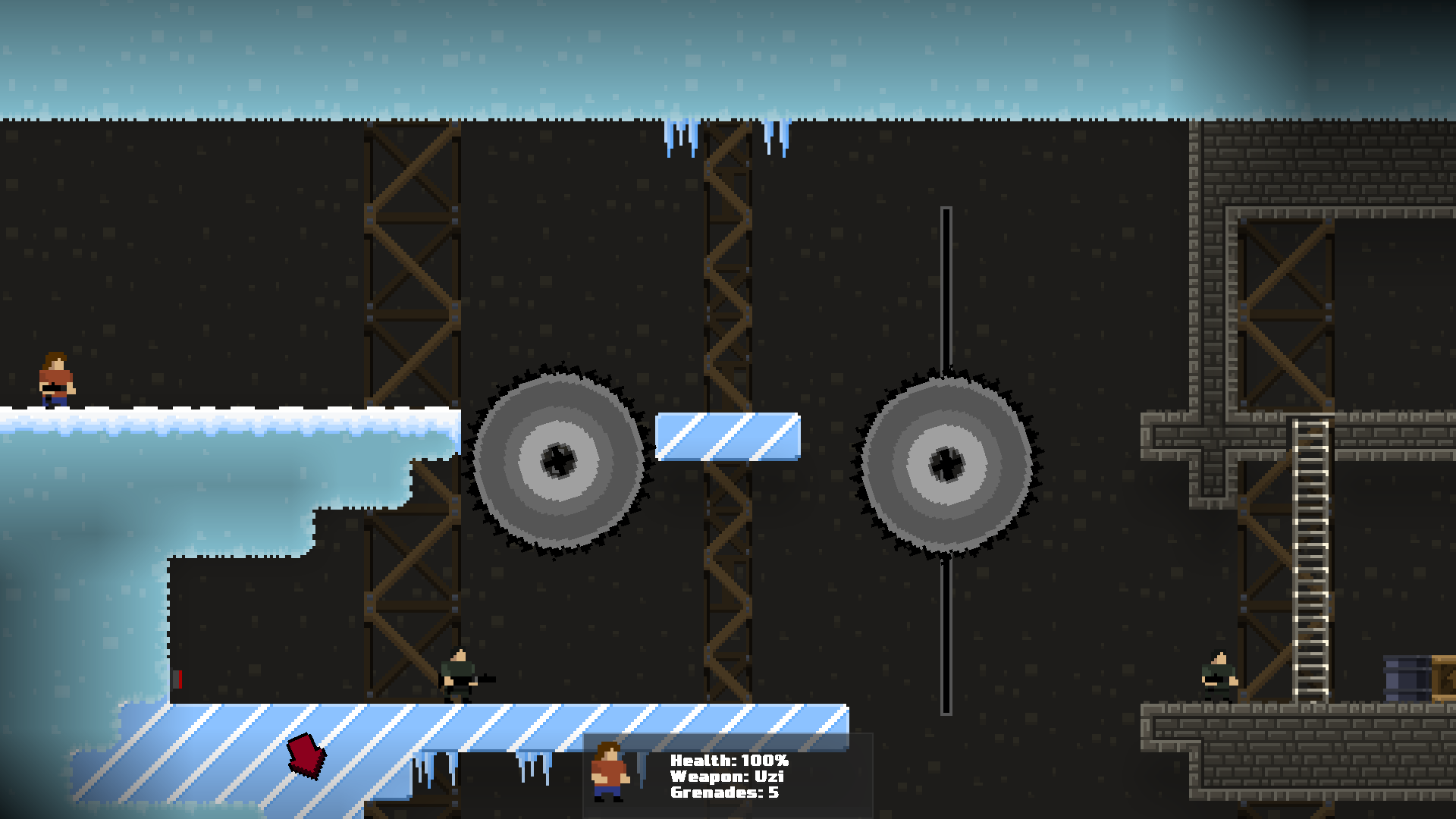 Finally, I added crusher entities, that look like giant hammers. The crushers drop from the ceiling, and as their name says, they crush anything that gets in their way. I reused the crushing code from the elevators. I am also quite proud of the crusher sprite, it turned out really well.

All in all, I have a pretty nice set of obstacles and hazards to use in level creation for the winter environment. I’ve already made a few levels, but there is still some missing. The winter environment is coming along nicely though. While tweaking the blades, I noticed that I had run out of entity type flags. I use a bitflag approach for types, which makes collision masking very easy and nice. However, a 32-bit integer couldn’t hold my entity types anymore, and I decided that the most sustainable approach would be to switch to using std::bitset, which works like an array of booleans. Now, my entity types simply refer to an index in the array, and the class offers utilities for and-ing and or-ing values together. The change only ended up taking about 20 minutes, which was a pleasant surprise to someone who was prepared to spend the whole day refactoring the type system! Next week I want to keep on working on the winter environment and probably fix more bugs too. I also should start thinking about ideas for the winter boss. That’s it for this week, thanks for dropping by!