A week has passed and it’s time for another weekly update. As this week was school again, the progress is not as impressive as last week’s, but I think I still made some very nice progress on the game. In the beginning of the week I worked on improving the prison theme. I added new structure and dirt tiles for the terrain, and I also added some prop tiles, such as fences and a new ladder type. 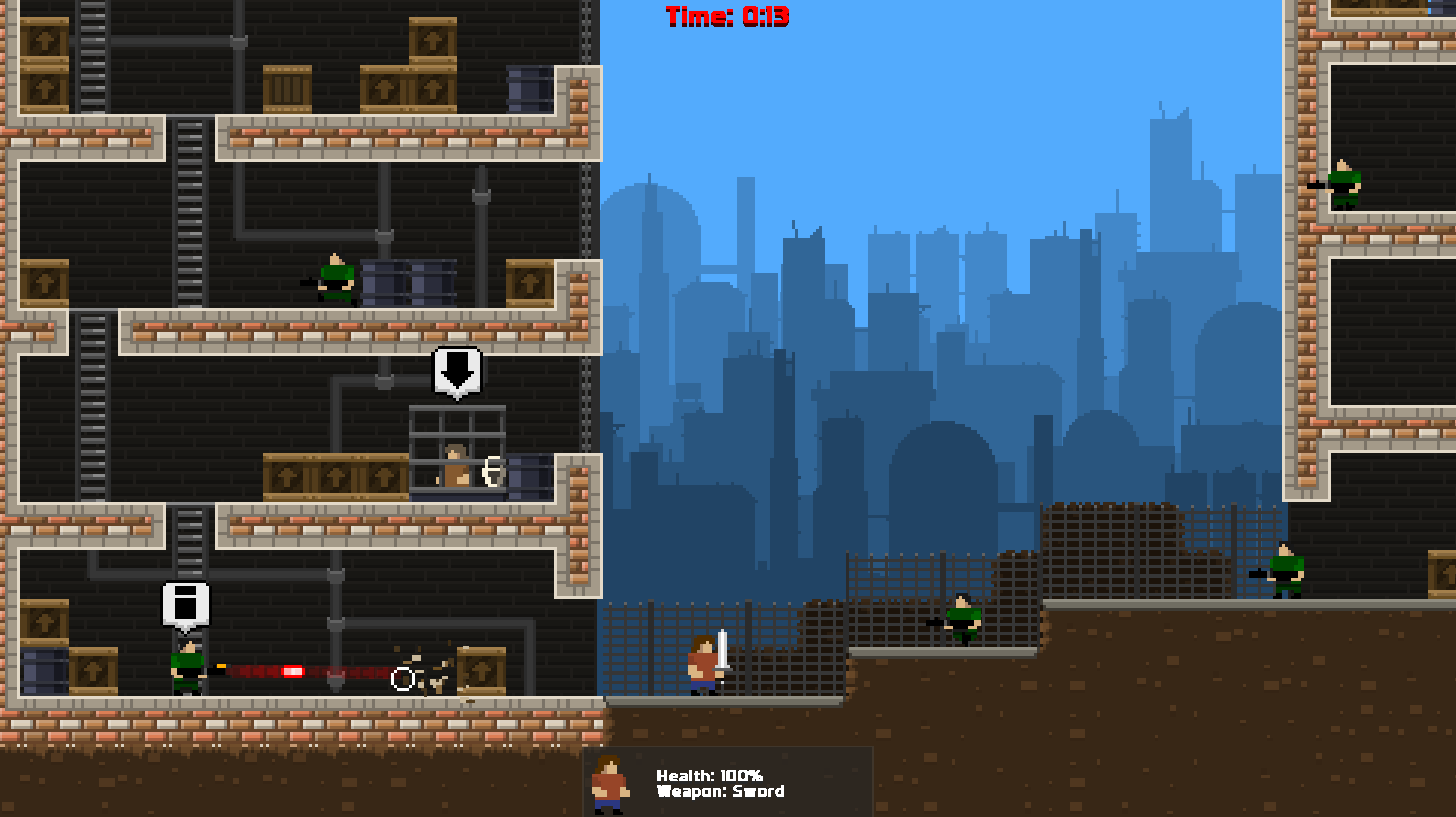 I had already though that adding new brushes to the editor had been a little too tedious, as even the most simple single-tile brushes had required a separate class to be created, I decided to refactor the brush system in the level editor. For an example the new pipe brush that uses 4-bit tile masking underneath to create smooth pipelines can be created with the following (long) line of code:

I also added level resizing to the level editor. At first implementing resizing seemed quite a hard task, but in the end I only really had to implement a few small utility methods to the tile layer and to the QuadTree classes. GunHero uses QuadTrees for managing pretty much everything in the levels, mainly because they allow for fast querying of data from them. Here you can see the level resizing in action:

The next bigger feature I worked on was adding tooltips to the level editor, hence making it a little more user-friendly. The tooltip implementation is simply a modified label with a timer setup to display it.

Saturday was as expected the most productive day for me. I spent the morning improving the horrible in-game GIF-recorder UI. The old one only allowed selecting an area to record by manually clicking the two corners of a rectangle. The new design removes unnecessary buttons from the top-left corner that obscured the game view with a simple draggable box. I enjoy the new UI a lot more and it is way easier to capture cool gameplay gifs with this new interface.

After I was finished with the recording interface I started drawing an elevator for the prison levels. While I got a cool sprite drawn quite quickly and the basic elevator movement was nothing hard to program in, I really struggled with getting the player move smoothly with the elevator platform. I continued working on that today (Sunday), but currently I have been unable to get a glitch-free implementation working. I had to add support for multiple collision volumes per entity to be able to collide with both the top and the bottom of the elevator. Here you can see a tall animation of the elevator:

I will also include a list of smaller tweaks and bug fixes I did this week for those interested.