This week wasn’t the most productive, but I do have some new stuff to show. Mainly, features got added to the desert environment. The first thing I worked on this week was lava. I had wanted to add lava to the game for a while already, and now finally I thought that it would be a good fit for the desert environment. It took some time to get the lava animation looking good, but I think the end result looks pretty nice. I also had to add support for “temporary” entities to the level editor. Those are entities that are automatically generated by the level editor. Now, the level editor generates an invisible entity just above the surface of a lava pool. That entity is responsible for spawning particles out of the lava pool and make the lava feel and look a lot better and more dangerous.

I also added these massive doors, that slide up inside the roof of a level. The idea for the desert environment is that in most levels, the player has to locate a key to unlock the door, that leads to the exit of the level. I really like how the door feels and looks. You can imagine that the door has been locked for a few thousand years.

Now that there’s lava, I wanted to add something that helps the player get over the lava. Enter moving platforms. The implementation for these was really simple, I just refactored the player movement code from the ferris wheel platforms to a more generic class, and made the moving platforms inherit that. I made a small test level with a moving platform and a bunch of lava, and I really like them. The level’s idea isn’t the most unique, but the layout for the level isn’t final and I want to make the introduction to moving platforms a little easier anyways. 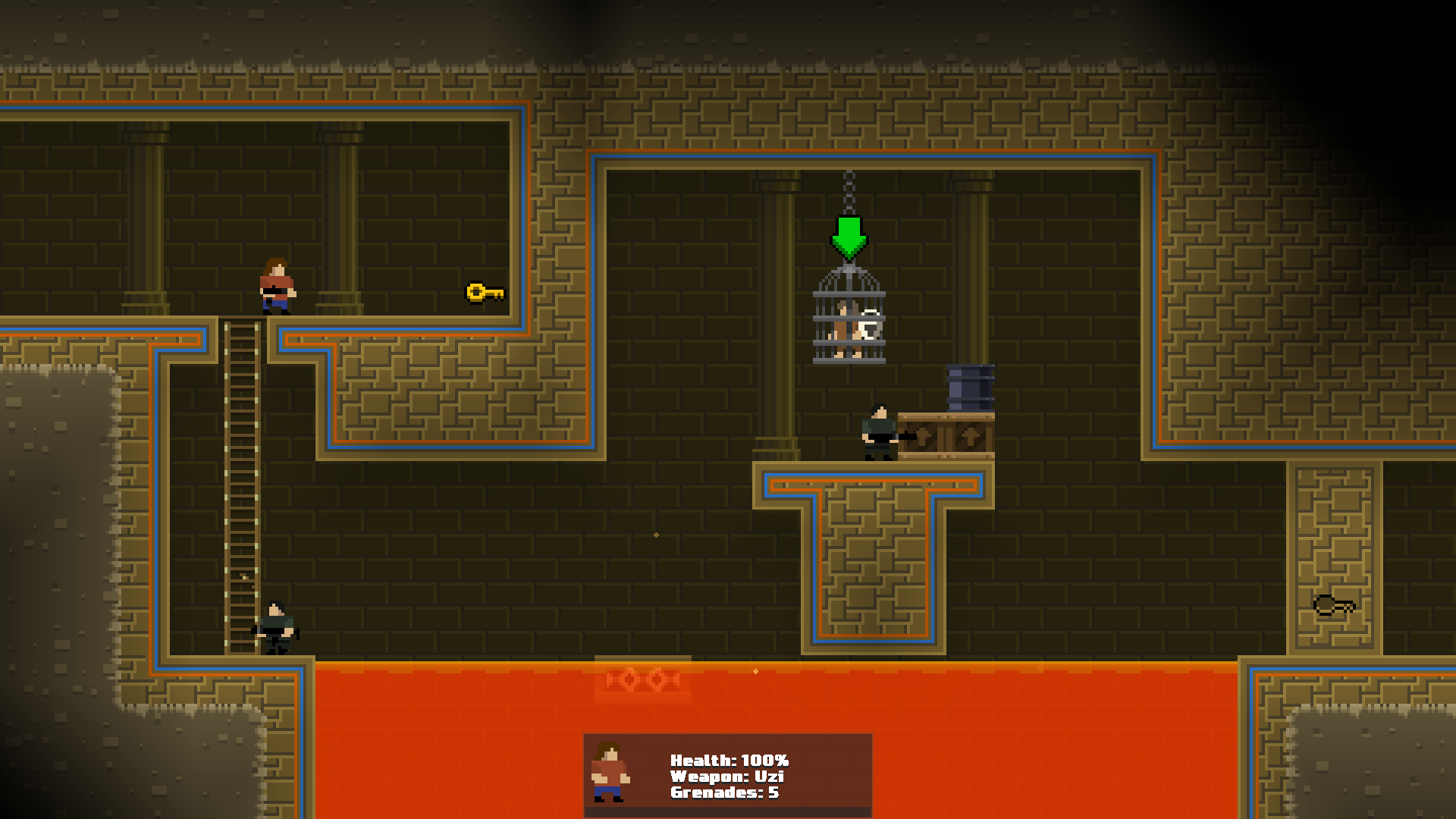 That’s it for the new stuff this week. I did manage to fix a couple of bugs and I tried to fix a really critical bug, sadly without any luck. I’m hoping to make a few levels next week. Have a nice week!