There aren’t a ton of new awesome gameplay features to show this week, but I got some nice progress done this week in terms of making actual playable content for the game. So let’s see what got done this week! I added a red tint to the game screen when the player’s health is low and added a flashing effect to the HUD’s health label. I really like this addition as it makes you actually feel that you’re low on health. You easily notice it now and realize that it might be a good idea to search for a health kit.

I’m a little embarrassed about this week’s new feature. It seems like such a basic platformer game element that it’s weird that I hadn’t implemented it until now. Anyways, the game now has blocks that fall down after the player has walked ontop of them. I already had a ton of fun making levels with these new blocks, getting enemies to walk on them and then walking over the blocks, dropping enemies into the dark void below the levels.

Lastly, the game got a bunch of new levels this week, and currently the jungle environment is only missing a boss fight. Here is a picture of my favorite new level: 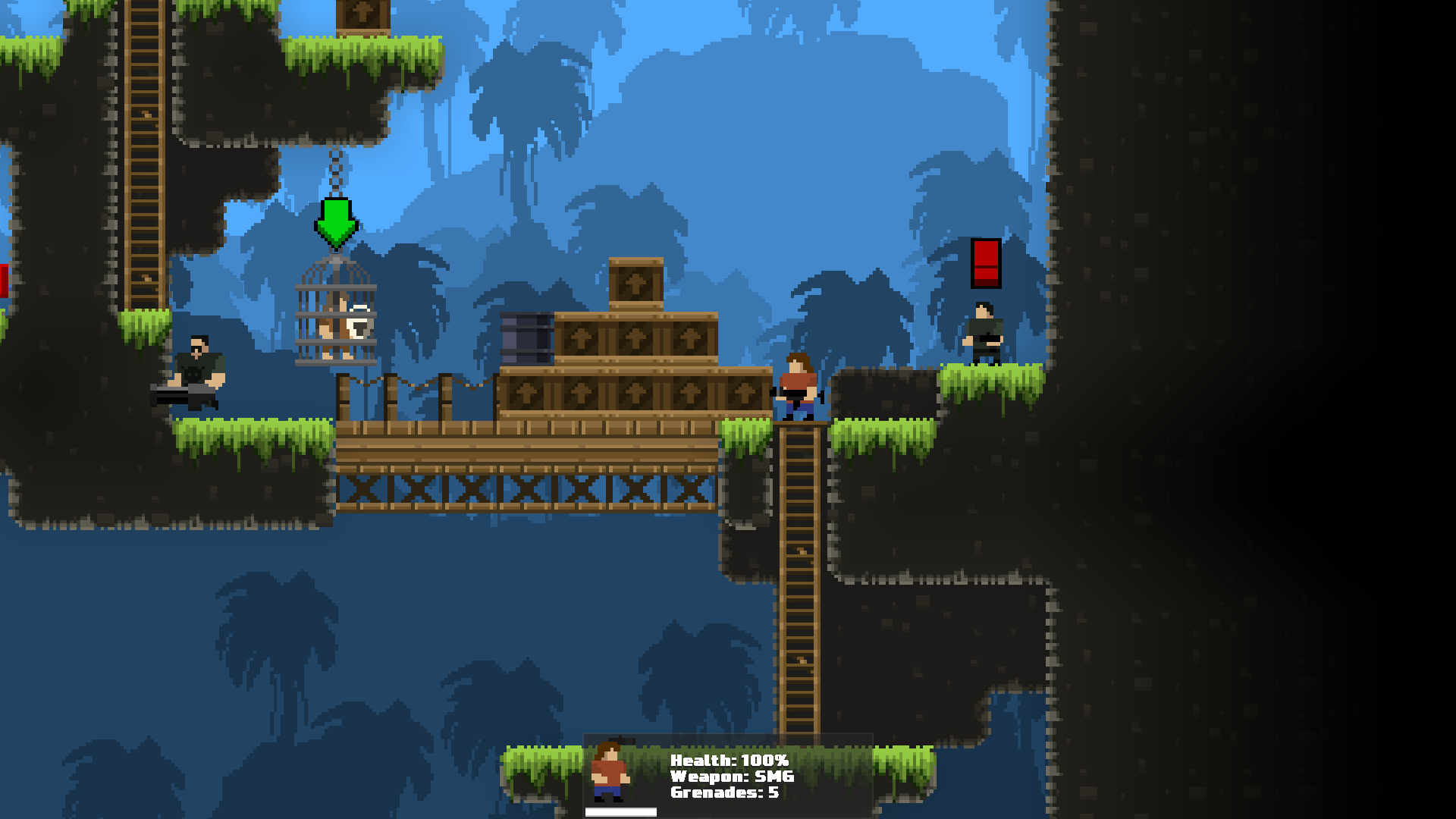 That’s it for this week, thanks for dropping by!

Changelist has made a return: