This week I started working on the final environment of the game. While I still haven’t been able to figure out how I want the final boss fight to turn out, I was able to add some new level obstacles to the game.

The villain’s base has this purple space-theme going on, so I thought that some sort of electricity beams would be a good fit for the environment. So, I coded these shaky light-emitting beams and I really love the way they look!

I had this idea of giving the villain this super powerful gun that the player would unlock after completing the game. That’s how the plasma gun was born! The gun can be used to shoot regular high-damage bullets, but if you hold down the shoot button for a while and then release, you shoot out a powerful charged shot, that will split into several new bullets on impact. I had a blast playing through a few levels with it!

Finally, while procrastinating the final boss fight, I added in a few cutscenes to the game. I made the villain pop in here and there during the campaign to tease the player. I think it nicely brings the game together a little more. I also wrote the intro cutscene, where the villain comes to GunHero’s village and takes it over, just like he has done for the rest of the world. 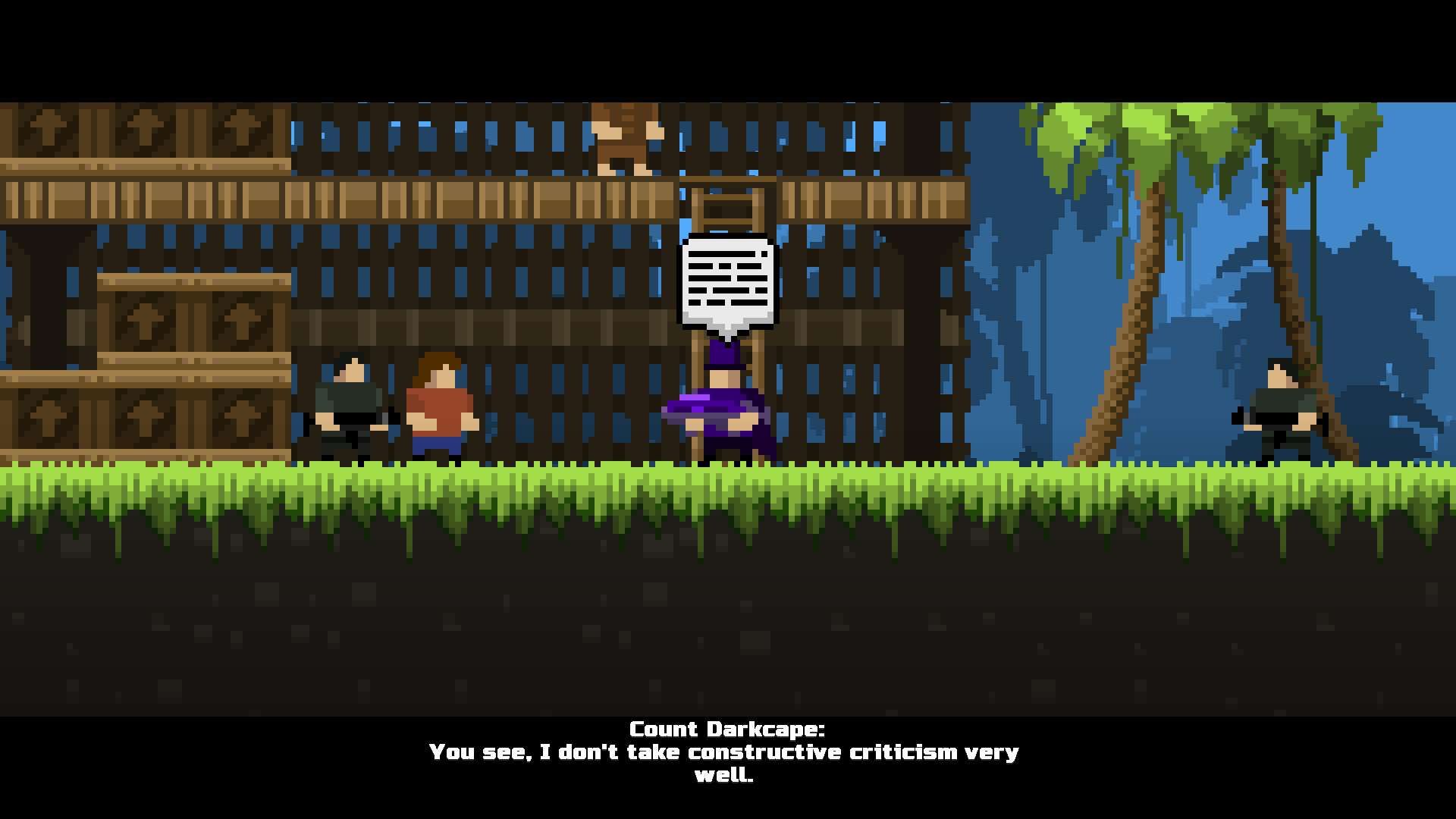 That’s it for this week! Thanks for dropping by!