I’m really happy with the progress this week. Tons of new features were added that are really tying the game design together and bringing the game closer to a point where it design and feature wise could be promoted properly. So, let’s get straight to the changes. First thing I did this week was adding the grenadier enemy. The AI could use a little improvement, but the basic mechanics were added to the game.

The coolest and probably the most important thing that got implemented this week was the morale system. The game now awards the player morale points for releasing prisoners and killing enemies. The morale points award the player a cool powerup. The player gets exploding bullets and immunity to all damage while in powerup mode. The morale points are displayed on the HUD, and white particles spawn around the player when points are received. This design feature also allows me to use the implemented angels better. The angels descend from the sky to spin around you while powerupped. Anyways, here are the glorious gifs!

While I was making the angels spin around the player, I also decided that it would be cool if the giant enemies spawned giant angels. So that’s obviously what I did. The giant angels even struggle to fly up.

This week, I also added the first boss to the game. It needs a little bit of polish and a few small additions, but generally the first boss is functioning! The boss is a prison guard helicopter that is armed with a might laser and huge guns. The boss fight consists of two parts: first you need to get up a prison tower, avoiding the boss laser while fighting enemies, and finally you need to dodge the boss’ gun shots and use your time frames to shoot the boss down. 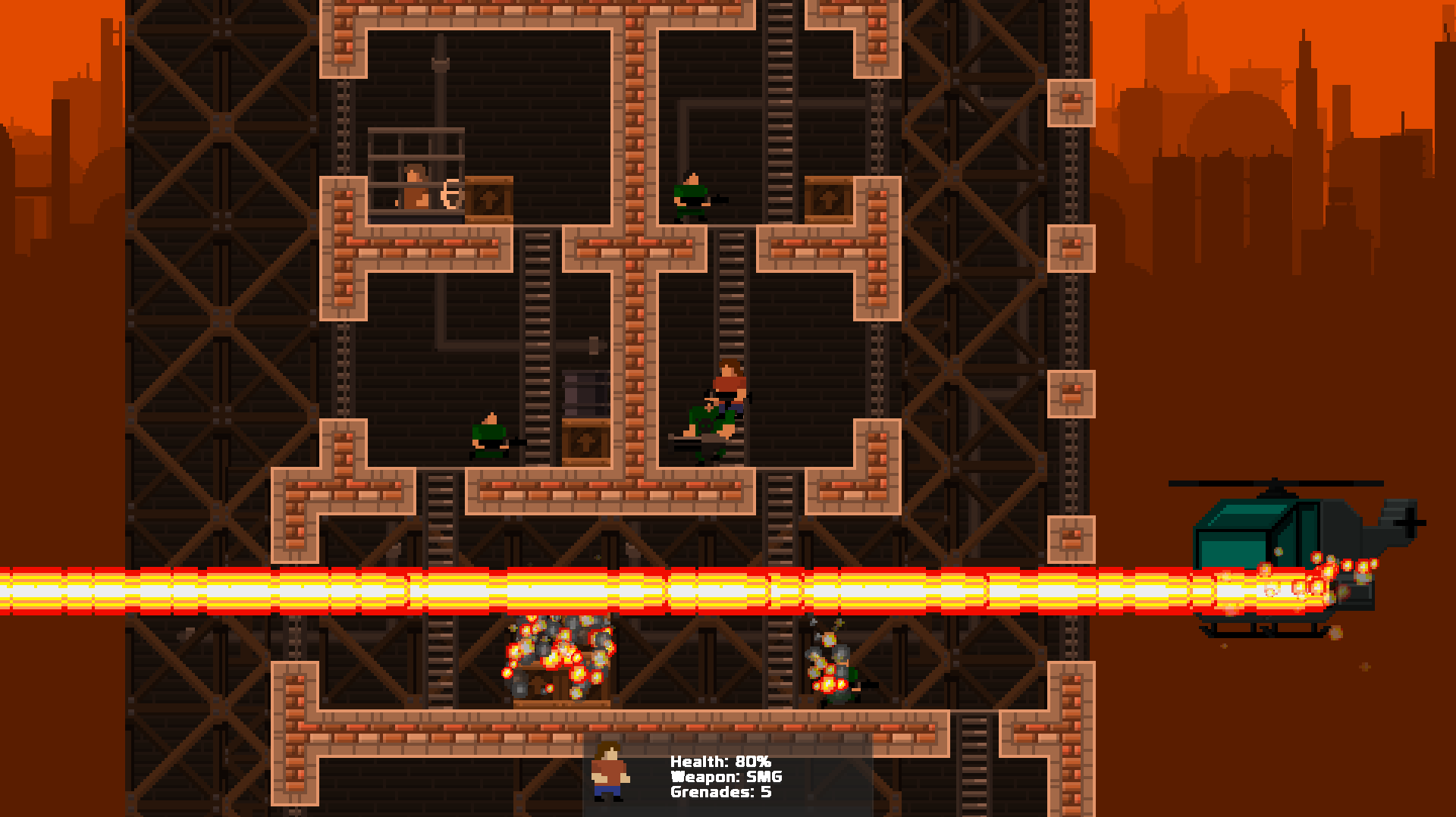 That’s pretty much it for this week. I cleaned out my task list and found tons of bugs while playtesting the morale system and the boss, so the beginning of next week will probably be spent on fixing and tweaking. I’ll leave off with the boring change list, which is quite short because most of the time was spent on the more awesome progress. Thanks for dropping by!