I got a little sick over the weekend, so the progress this week was definitely not what I personally was looking for. However, I did manage to get some stuff done before losing my energy to work due to the little spring flu I caught. In the beginning of the week I managed to make grenades stick to boxes and characters. You can see that below. The feature makes grenades easier to use as they won’t bounce everywhere.

I also made some little usability tweaks to the level editor. For an example, entities now react to property changes visually while editing. You can see a basic example below.

The coolest feature I got in this week was definitely the missile launcher!. It’s a small object that launches missiles on a specified time period while the player is in view. You can either dodge the missiles or shoot them up. The launcher can be destroyed by shooting it, or if you’re a cool guy like GunHero, you will obviously blow up a missile near it.

I also made the missile size depend on its rotation. The calculation is pretty simple: I just rotate the four corner points of the sprite, and find out the smallest and biggest coordinates. The following gif displays the rotation okayish. 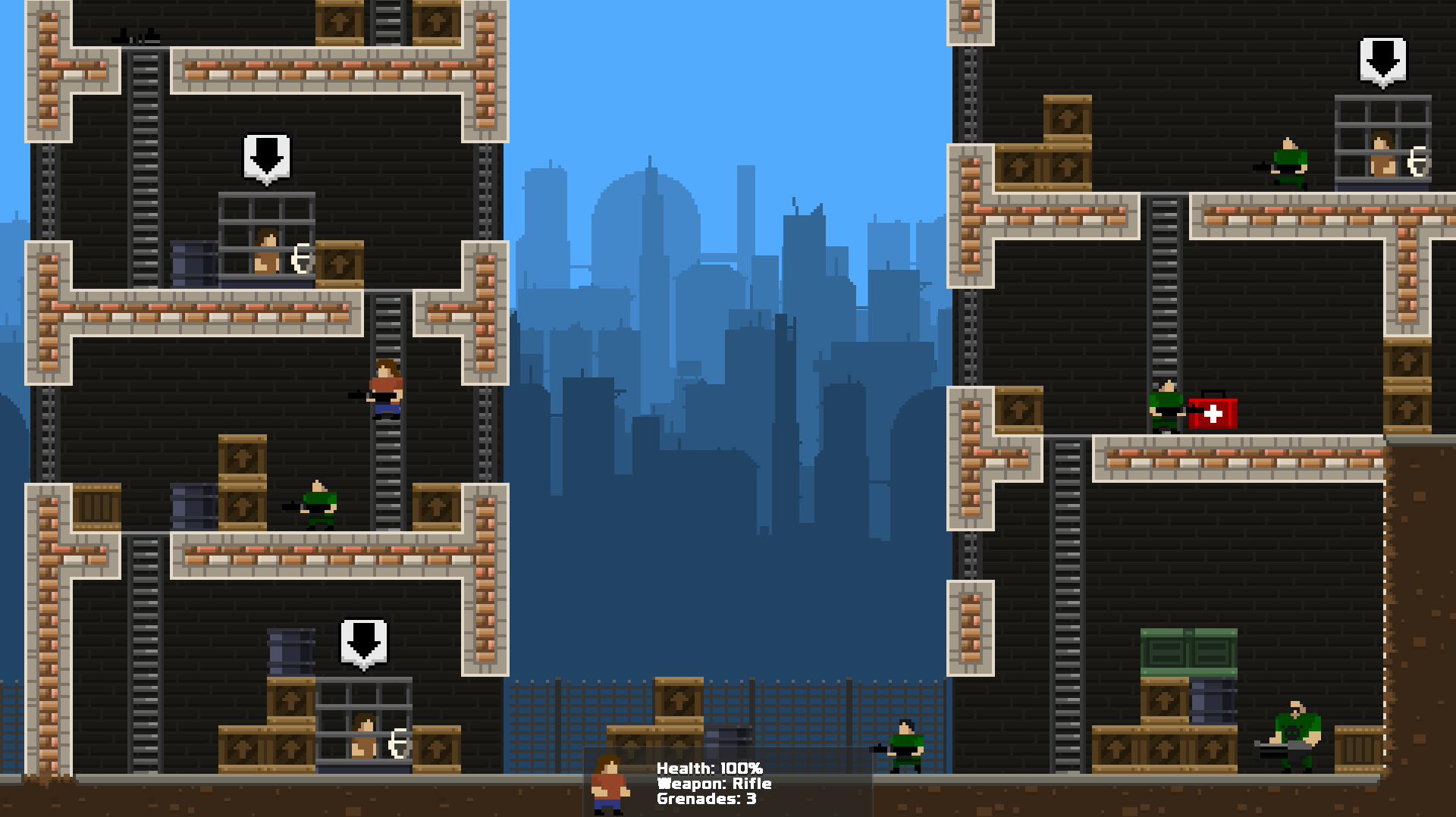 That’s it for this week. Exams are starting on Thursday, which means that I’ll have a little more time to spend developing. Hopefully I can get the performance issues sorted out so that I can continue producing content and specifically levels for a future demo release! Lastly, here is the fix list for this week. See you next week!